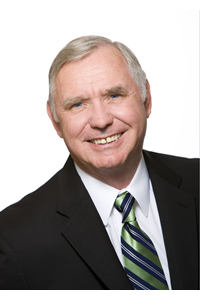 In an address titled “Principles for a New Health Care Program,” presented at last month’s AMAC National Health Care Symposium in Washington, Heritage Foundation Senior Fellow Dr. Robert E. Moffit called for major overhaul of the our country’s health insurance markets to promote personal ownership. Describing what he believes to be an area of absolute agreement among principals in today’s health care debate, and what is accepted by most parties as a principal that should guide this debate, Dr. Moffit called for insurance market reform that “would allow all Americans to choose, and control, and carry their own health insurance plans with them from job-to-job and throughout their changes in life.”

This portability concept, Dr. Moffit explained, is not really a radical idea, since virtually all other areas of the insurance industry already work that way (e.g., life insurance, auto insurance, homeowners insurance, and so forth). What it would require, though, is a rethinking of the federal tax system as it applies to health insurance costs.

“The current tax policy says, in effect, that you will get an unlimited tax break for purposes of insurance if, and only if, you get it through the place of work,” Dr. Moffit noted. The problem, he explained, is that a change in employers causes previously-insured workers in smaller companies to lose their coverage when they change jobs. He sizes the federal tax policy for health insurance at $300 billion, or the third largest piece of health care spending after Medicare and Medicaid.

Dr. Moffit advocates reallocation of this tax break to a new system of individual tax relief applicable to the purchase of health insurance from virtually any source, with the tax break applied universally and offsetting the cost of coverage dollar-for-dollar. “It’s a simple change, but it’s a big change,” he suggested, “and it changes the fundamental structure of today’s system where employers, government, regulators, and managed care officials make all the key decisions to a consumer-based system where insurance companies would have to please you in order for them to keep your business.”

Dr. Moffit explained that this type of individual decision-making process, coupled with enhanced portability, would substantially level the playing field for a broad range of people. Likewise, forcing insurers to respond directly to individual consumers would logically lead to a “real” market for insurance products—a national market that would result in larger pools and further diversification of risk.

Also touching on the issue of Medicaid and its massive expansion under the Affordable Care Act, Dr. Moffit suggested a portion of this funding component should be replaced with a system that enables young, non-disabled, low-income adults and their children to have access to private insurance markets via a defined contribution or premium support-type system. An approach of this type, he suggested, would alleviate many of the problems evident in today’s—and anticipated in the future under the ACA—Medicaid system.

Dr. Moffit concluded his prepared remarks with a discussion on the values component of the health care debate, noting that the issue of compulsory abortion funding is a fundamental attack on personal liberty, diverging fully from the Constitution’s first amendment.

The remarks delivered by Dr. Moffit at the 2014 AMAC Foundation Health Care Symposium are available on-demand and in their entirety through the AMAC Network, a service of the Association of Mature American Citizens.  Click here to access this Symposium segment.