Medicine and Politics—How They Go Hand-in-Hand 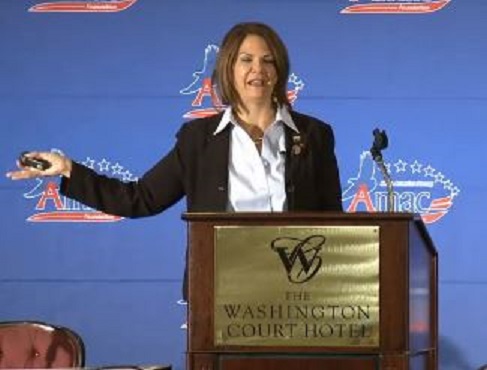 Arizona State Senator (5th District) Kelli Ward energized the audience at last month’s AMAC Foundation Health Care Symposium in Washington with a discussion on some of the unique, state-level initiatives undertaken in her state. Due to her somewhat unique blend of qualifications—licensed physician, former director of medical education, former small business owner, former community health center medical director, and now public officeholder—Sen. Ward was able to add a multi-faceted perspective to the topics of medicine and politics.

In describing the intermittent collision of medicine and politics, Sen. Ward reviewed a recent situation in which a small private practice group in one of Arizona’s poorer sections established a program wherein, for a flat monthly fee, subscribers could obtain all of their basic, direct primary care services. The impetus behind the program was the simple fact that the residents in the area could not afford “Obamacare,” and would likely resort to Medicaid and/or emergency room services to meet their needs. Arizona insurance officials, when learning of the program, sought to regulate it as an insurance product, which prompted Sen. Ward to successfully sponsor a bill to exempt the program from regulation, thereby preserving access to direct primary care in Arizona without “middlemen” (insurance companies and state government).

Sen. Ward’s remarks also explored the issue of Medicaid expansion, and recapped Arizona’s voluntary expansion 14 years ago via Proposition 204. This expansion program, she noted, was enacted to deal with runaway Medicaid costs and overuse of emergency room facilities, but proved financially unsuccessful and attracted up to three times the expected enrollees. Today, she observed, the problems that existed in 2000 are still in evidence. In fact, she noted, by 2008, Medicaid expansion costs had increased four-fold, 366,000 people had been added to the Medicaid rolls, and the rate of uninsured in the state (20%) did not improve, while the percentage of Arizonans privately insured decreased by 6%.

Senator Ward discussed her complementing responsibilities as a State Senator (i.e., the state’s fiscal health) and a health care professional (i.e., the health of her patients), as well as what she observes as the problems caused by default use of emergency room services by uninsured and Medicaid patients. She discussed some of the alarming statistics and anecdotes driving costs up, like a six year old patient with a history of 30 emergency room visits, or a patient who visits the ER in the morning rather than wait for a late-afternoon primary care physician appointment. The bottom line, she pointed out, is that Arizona’s Medicaid expansion has not achieved any of the hoped-for health care cost reductions expected.

Senator Ward commended Symposium attendees for taking the step of learning more about the state of health care and the problems America faces. She advocated joining organizations like AMAC as a means to participate in corrective actions, and getting active in the political process so the positions taken by candidates are more clearly understood and so candidates and elected officials more clearly understand the will of their constituency.

The remarks delivered by Senator Ward at the 2014 AMAC Foundation Health Care Symposium are available on-demand and in their entirety through the AMAC Network, a service of the Association of Mature American Citizens.  Click here to access this Symposium segment.