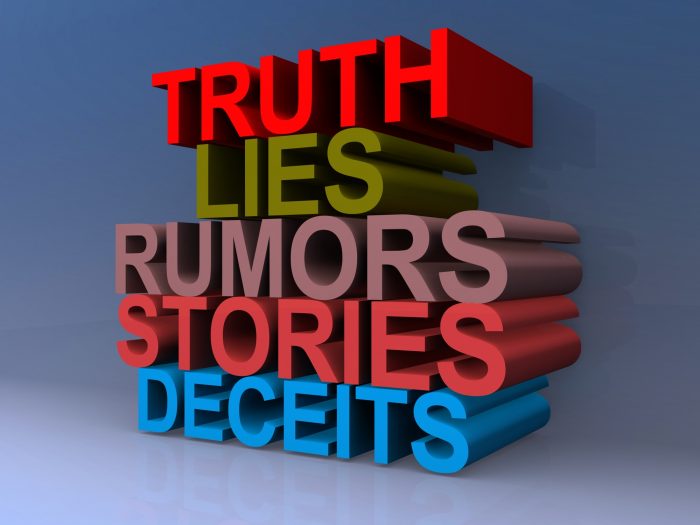 Jeff Szymanski works in political communications at The Association of Mature American Citizens (AMAC).  He wrote this piece in an attempt to put to rest once and for all one of the biggest myths/lies about Social Security.

“The bigger the lie, the more it will be believed,” Nazi Propaganda Minister Joseph Goebbels said.  What could this possibly have to do with Social Security?  Sadly, a lot.  Scarcely a week goes by that either myself or one of my colleagues does not read a post or get an e-mail from someone expressing their utter outrage that the federal government has spent all the extra Social Security money accumulated over the years.  And on what do folks think the supposedly stolen funds were spent?  It runs the gamut, but wars, congressional pensions, and the Peace Corps are among the top three oft cited.

This must be stated as emphatically as one possibly can, so here it is—the federal government has not taken a dime from Social Security and spent it on anything other than Social Security benefits.  Period.

Of course, it’s foolish to try to convince someone who has already been persuaded otherwise.  So, perhaps a test is in order.  Question: has anyone’s Social Security monthly benefit check actually decreased in any month this year over last?  Answer: no.  The reason is that all of the past Social Security payroll taxes which have accumulated have been invested in special issue U.S. Treasury securities yielding about two percent.  It is precisely these funds that are now being used to cover the shortfall in Social Security.

Social Security’s shortfall is serious, but not because funds have been stolen.  The program ran a deficit in 2018, and it will do so every year into the future, barring congressional action.  The deficit is purely a demographic phenomenon.  Simply put—people are living longer, and families are having fewer children.  Thus, there are currently fewer workers contributing payroll taxes relative to those collecting benefits than at any time in the history of the program.  This is problematic, as the surpluses will be exhausted in 2034 according to The Social Security Trustees.  It could be earlier with a deep recession.

Social Security is 83 years old.  The average life expectancy when the law was enacted in 1935 was about 65 years of age.  In other words, most people collected monthly checks for just a few years.  But life expectancy is now in the mid-80s, and record numbers of Americans turn 100 each year.  To collect a monthly check for 30 years or more is not uncommon.  The program was simply never set up to deal with this.  The full retirement age was increased just one time in 1983, and by only two years from 65 to 67.  Early retirement has remained at 62, a number hardly considered “old age” like it was nearly a century ago.

Where do we go from here?  For starters, Social Security must be preserved and modernized.  Sixty three million people receive benefits.  Every beneficiary will receive a catastrophic cut across the board of 21 percent in just over a decade without any action.  By law, Social Security can only pay benefits commensurate with its income, and it will only be able to pay about 79 percent of promised benefits starting in 2034.

The good news is there is still time to modernize this important but dated program.  AMAC has devised a solution that does not raise taxes, as our belief is the problem is not that Americans are taxed too little.  By making modest adjustments in cost of living calculations, small changes affecting the highest 50th income percentile, and increasing the retirement age to reflect reality (no current retiree or near retiree would be affected), the program can be made whole again and stave off the insolvency projected in 2034.  Read more about AMAC’s plan here.

To reiterate, the next time you hear someone saying, “The government stole Social Security money,” remind them this is patently false.  If the surpluses had been spent, monthly benefits would have already been sliced.  And there’s another myth out there that states, “I’ll never get back what I put into Social Security from all the years I worked.”  Truth: the average person gets back all he/she ever put in plus a nominal rate of interest in about six years, but that’s the subject a future article.  This generosity of Social Security, of course, is also part of the program’s long-term funding problem.