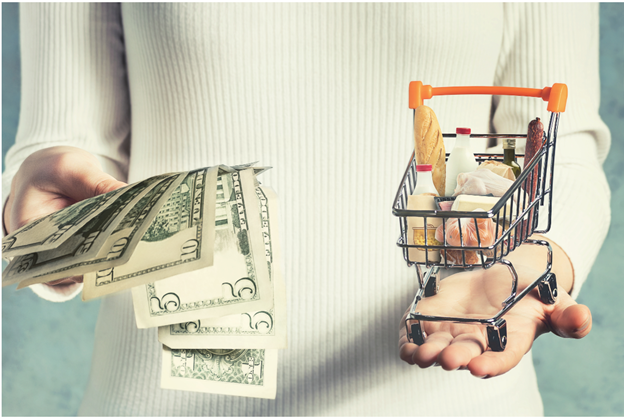 As we reported several months ago, Social Security beneficiaries were optimistically looking forward to January and the added 5.9-percent cost of living adjustment (COLA) in their monthly payments. It was an uncommonly large increase, since annual COLA adjustments during the 2000-2021 period averaged a mere 2.1%, with three years producing no increase at all. So yes, many were joyful to learn of the more than four-fold increase over the previous year’s COLA, especially the millions of older Americans dependent on Social Security for over 90 percent of their total income. Unfortunately, though, this upside is overshadowed by a downside that has some unpleasant aspects.

As explained in a post today on crossroads.com by The Motley Fool’s Maurie Backman, “…a 5.9% COLA may seem like something to celebrate, the reality is that it’s already letting seniors down.” Ms. Backman’s post goes on to explain that the 2022 adjustment was determined on the basis of Consumer Price Index (CPI) changes in the July-September 2021 period contrasted to the same period for the preceding year. The reality, unfortunately, is that the surge in inflation since that measurement period has put “… seniors on Social Security at a disadvantage with regard to their general buying power, since their raise isn’t enough to keep pace with current levels of inflation.” And it coud get worse, since as, Ms. Backman points out, it doesn’t appear that inflation has peaked yet. Her post, which you can access here, discusses the importance of saving independently for retirement years as a way to lessen reliance on the annual COLA adjustment.

The problmatic Social Security COLA calculation process has been a subject of much discussion in recent months–years, actually–with many analysts and pundits advocating for changes in the calculation process. Social Security’s current COLA uses the Consumer Price Index for Urban Wage Earners and Clerical Workers (CPI-W), measuring changes in the pricing of consumer goods and services purchased by households. CPI-W is referred to in some quarters as a “blue-collar measure,” since it measures spending patterns of urban households that derive more than one-half of the household’s income from clerical or wage occupations. Given the disconnect between COLA’s current math and the economic realities facing seniors, many eyes are turned to the use of a revised measurement, CPI-E, where “E” stands for “elderly.” Under CPI-E, spending areas more common to seniors are given more weight. In fact, the Biden presidential campaign platform advocated for CPI-E, and the issue is likely to be a factor in Social Security reform discussions in the 117th Congress.

AMAC’s advocacy arm, AMAC Action, is also advocating for a change to the COLA calculation formula, specifically suggesting options that include the adoption of a process in which an across-the-board average is used to determine the annual adjustment rather than an adjustment based on benefit level. This approach, for example, would serve to better target the adjustment to beneficiaries with greater financial need. That’s just one of the reform measures contained in AMAC’s proposed legislative framework designed to deal with Social Security’s impending solvency problem. Learn more about this proposal–AMAC’s Social Security Guarantee–here…