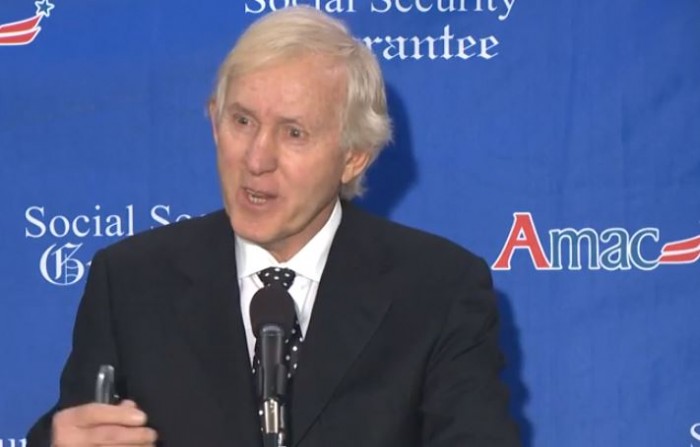 The January 16 Press Conference in Washington was an eye-opener for many, a confirmation for many others, and a breath of fresh air for everyone connected with AMAC and its journey over the past few years. But what was perhaps most enlightening for most of the reporters in the packed briefing room was the depth of sincerity displayed by NFL Hall of Famer Fran Tarkenton as he discussed his decision to join the AMAC team.

Responding to a question from the floor, the 18-year pro football veteran and highly-successful businessman spoke humbly and genuinely about his assessment of AMAC and its mission, characterizing the organization as an answer to his personal frustrations with Washington and the roadblocks that over-regulation and big government continually put in the way of small business. “When I first met Dan Weber, I saw the fire in him…I saw the cause,” he remarked. “We didn’t have to have hours and weeks and months of meetings. He inspired me.”

Speaking about Weber and the AMAC organization, Tarkenton spoke of AMAC’s ability to “get stuff done.” Describing Weber and his team as having an “insurgent mentality,” he commended the manner in which AMAC represents America’s seniors, “making sure that they have a voice…that they’re not left behind.” That’s a fight that he likes, explained Tarkenton, and one that stirs his soul.

Tarkenton closed his remarks with a rousing projection that AMAC’s meteoric growth will continue to a point way beyond its current million plus membership. “We have a cause, and it’s in our hearts. The train has left the station,” he quipped “It didn’t take me long to get on board. And when I get on board, I get on board!”