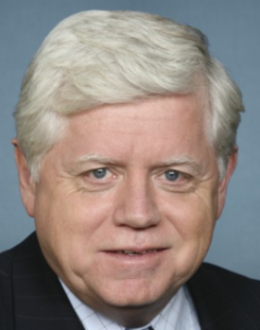 Alicia Munnell of MarketWatch dives into Rep. John Larson’s (D-CT) 2021 version of his 2019 Social Security 2100 Act.  The new bill produces only about half the revenue as the 2019 proposal, mainly because the payroll tax is not raised.  This is in keeping with President Biden’s promise not to raise taxes on those earning under $400k.  The bill does introduce 12 benefit enhancements, and they would apply only in the next five years, and then disappear.  Social Security actuaries did “score” the 2021 version of the Social Security 2100 Act.  It would eliminate just a part of the program’s 75-year deficit, a mere “down payment” on solving the 75-year problem facing the program.  It appears Congress is unable to come to terms with a permanent fix to the insolvency issue.  The author rightly surmises this about the Larson bill: “the proposed enhancements raise serious concerns.  Let’s say that the new way of thinking is correct, put goodies on the table for a few years and pressure will build to make them permanent.”  She concludes this bill would create more problems than it solves, and the Association of Mature American Citizens (AMAC) would agree.  Munnell’s full piece is here.

AMAC believes Social Security must be preserved and modernized.  This can be achieved with no tax increases by changing cost of living adjustments, the retirement age, and delayed credits.  AMAC advocates for a bipartisan compromise, “The Social Security Guarantee Act,” taking selected portions of bills introduced by former Rep. Johnson (R-TX) and current Rep. Larson (D-CT) and merging them with the Association’s own research.  One component is Social Security PLUS, a voluntary plan to allow all earners to have more income at retirement.  This component is intended to appeal especially to younger workers.  AMAC is resolute in its mission that Social Security be brought into the 21st century and has gotten the attention of D.C. lawmakers, meeting with many congressional offices and staff over the past several years.  Read AMAC’s plan here.