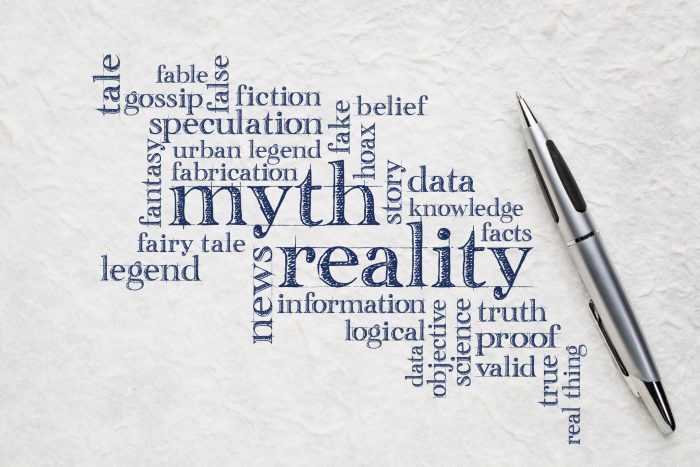 “Put your coat on or you’ll catch a cold.”  I lost count of how many times I heard that fairy tale growing up.   I’ve even repeated it many times, though I try my best these days to not utter the phrase.  Why?  It’s more than a myth.  It’s patently false.  A cold is caught from a virus and has zero to do with outside temperature.  It’s so easy, however, for any of us to revert to the falsehoods we were taught.

The real question here as it relates to Social Security, or literally any issue, is this:  how do people respond when presented with evidence that runs counter to something they’ve believed to be true for so long?  Sadly, many take a “don’t confuse me with the facts” approach, dismissing new information outright, lest we admit to ourselves we’ve believed something that just isn’t so, or worse, that we’re just dead wrong.

It continues to be disheartening to see the number of people that cannot not accept this statement as the fact that it absolutely is: the federal government has not taken a dime from Social Security and spent it on anything other than Social Security benefits.

But that’s not even the worst of it.  In comments posted on-line, people add still worse falsehoods.  Here are but a few:  “the money went to the Vietnam War,” “Social Security is a Ponzi scheme,” “Social Security goes to illegals,” “If members of Congress put in to Social Security, it would be solvent over the weekend.”  One comment was blunt, “not what my Congressman has been saying.”

Facts: No Social Security payroll taxes went to any war; the program is not a Ponzi scheme; illegal immigrants cannot collect benefits; all federal employees, including all 535 members of Congress, pay into Social Security (and have for 35 years).  Note, few elected officials have mastered the complexities of Social Security; it’s easier to utter, “I support no changes,” as politicians fear even suggesting changes will cost them their seat.

The reason any of this even matters is Social Security’s financial health is serious, and perpetuating falsehoods distracts from real action that needs to happen soon.  The program ran a deficit in 2018.  Social Security will continue paying out more than it collects in payroll taxes every year into the future until it reaches insolvency in 2034, if not before.  The unspent surpluses are carrying us from last year over to 2034, so no benefit cuts have occurred yet.  But in just over a decade, everyone’s benefit checks will be cut 21% each month.  Imagine checking your bank account and seeing $1,264 rather than $1,600.  We’ll all wish we’d done something in 2019.

It is precisely this awful situation that AMAC, from its Founder on down to its team of professionals, is trying to avert with our efforts to educate Americans, our members, and especially our elected officials.  Our goal is to save Social Security.  But to preserve the program, it must be modernized.

The Social Security Act turns 84 this year.  Life expectancy in 1935 was 65 years of age, so most collected a monthly check for just a few years.  Life expectancy is now in the mid-80s, and record numbers of Americans turn 100 each year, meaning many have drawn monthly checks for over 30 years.  The program was never set up for this phenomenon.  The full retirement age was increased by two years from 65 to 67 in 1983, but early retirement has remained at 62, a number hardly considered “old age” or “elderly” like it was a century ago.

We can modernize this important yet dated program.  AMAC’s solution does not raise taxes.  Modest adjustments in cost of living calculations, small changes affecting the highest 50th percentile, and an increase in the retirement age to reflect reality (no current retiree or near retiree would be affected), can stave off the insolvency projected in 2034.  Our companion Social Security PLUS is a voluntary program that will allow younger and middle aged workers to build considerable wealth in their working years to more than overcome the modest program changes.  Read more about AMAC’s plan here.

Jeff Szymanski works in political communications at The Association of Mature American Citizens (AMAC).  This piece is an attempt to dispel myths yet inform Americans of the reality of Social Security’s precarious financial situation.