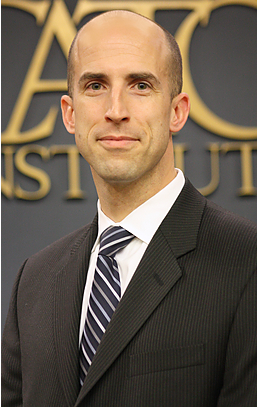 The potential role of the market process in reducing the cost of health care, medicine and medical technology was stressed by Michael Cannon, Cato Institute’s Director of Health Policy Studies, at last month’s AMAC National Health Care Symposium in Washington.

Mr. Cannon added that government intervention in the actual practice of medicine also tends to drive up costs as a result of inconsistent limitations on mid-level practitioners.  “The question really is not who can do what, but who should decide who can do what—government or the competitive market place.”

Using technology-related analogies, Mr. Cannon provided an extensive analysis of the position typically taken by conservatives and libertarians on why health care is best left to the free market process rather than having it subjected to centralized government planning and control.   Competitive markets and the pressures they tend to impose on market participants, he suggested, have a proven track record of driving costs down while improving quality. For example, he pointed out that many areas of technology have progressed, through the market process, to the point that costs today have dropped to a level where products available to even the poorest of our society are superior to what was available to the wealthiest only a generation ago.

To help illustrate his point on technological evolution, he pointed out that in 1900 most households had no electricity, and only 10% had a telephones and stoves. Today 90-100% of American households have these services.

Mr. Cannon’s premise is that these market processes can have virtually the same effect on health care, medicine, and medical technology, despite claims that these areas are unique and different enough to be excluded from a free market philosophy. His remarks tended to dispel this claim of difference and uniqueness, with the analogy of advances in cardiac procedures—major open-heart surgery procedures evolving to less invasive, less costly angioplasty and stent insertion—supporting this opinion.

Mr. Cannon also used comparisons to other surgical procedures, such as eye surgery, to support his position on technological improvements driving costs down. He noted that the cost of laser eye surgery dropped 50% from 1999 to 2004. “Machines have made it so easy that a monkey can do it,” he jested. He added that Licensing Laws should be re-examined, possibly repealed, since they essentially add nothing to the quality of medical care and tend to increase costs.

Beyond the purely financial issues, Mr. Cannon delved into the question of why lower costs do not necessarily translate to lower prices. Here, he covered the fundamental issue of how Medicare sets prices, including an analysis of the portion of individual medical costs paid out of pocket versus what is paid through other sources (e.g. Medicare, private insurance, etc.). His remarks addressed the popular allegation that “Medicare pays too little,” and asserting a position that in reality “Medicare pays too much.”  Again, he supports this position with an analysis of how a lack of competitive market pressure tends to artificially keep prices at a higher level.

At the end of his prepared remarks, Mr. Cannon responded to several questions concerning physicians and hospitals and their interaction with the ACA, Medicare impacts on future out-of-pocket costs, and the need to reform federal and state roles in delivering health care to the American public.

The AMAC Foundation Symposium reflects the Foundation’s goal of helping to protect and ensure the financial security, health, and social lives of current and future mature Americans through information, education, and research on Social Security, Medicare and related health care issues. The remarks presented by Mr. Cannon at the 2014 AMAC Foundation Health Care Symposium are available on-demand and in their entirety through the AMAC Network, a service of the Association of Mature American Citizens. Click here to view these archived presentations.