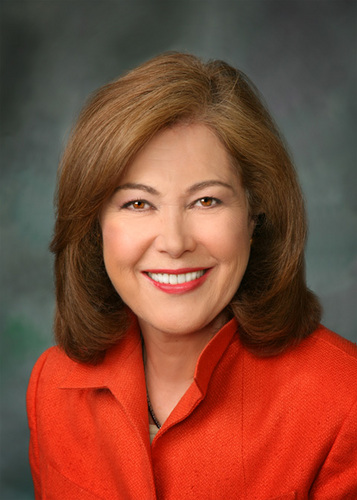 Speaking at last month’s AMAC Foundation Health Care Symposium in Washington, Galen Institute Founder and President Grace-Marie Turner argued strenuously for retention of Medicare Advantage as the foundation for future health care reform, recognizing that this concept embodies the free market at work. She went on to say that Medicare Advantage needs to have a level of freedom in which plans can compete, and where people can have the ability to make their own choices and select plans that best meet their personal and individual needs.

Referring to the mandates contained in the Affordable Care Act, she contended that Medicare Advantage is the model for the future, “not these government-dictated benefits.”  Programs like Medicare Advantage, Health Savings Plans, and the like, she observed, need a free market environment to operate successfully, rather than an excessive regulatory environment that is hostile to the free market concept.

Ms. Turner also discussed at length the merits of plans that offer a basis for Medicaid reform, specifically the “Healthy Indiana” plan that has been built on a Medicaid platform and made available via a waiver to reallocate Medicaid dollars so that more individuals are covered. The “Healthy Indiana” plan, she explained, is attractive because it essentially features a health savings-type plan jointly funded by the state and the individual or family, with this funding providing for primary care while the program includes catastrophic coverage on top of that.

“Healthy Indiana,” Ms. Turner suggested, is extremely positive because it affords citizens the “dignity of private insurance and trusts them to make their own decisions on health care.” She points out that one of the attributes that work in favor of the plan is that its joint investment nature promotes accountability, wherein the insured have a vested interest in the process.

“Medicaid is a ghetto of a program,” Ms. Turner asserted, “it’s the worst health care program in America.” The problem, she pointed out, is the low rate of pay afforded to doctors and the resulting use of emergency room services by Medicaid recipients needing care, all the while bankrupting states. She points out that, with Obamacare’s direction of forcing insurers to diminish physician compensation, the ultimate affect will likely be the same. While the law promises extensive benefits, she asserted, the reality is that they are not attainable. “I don’t think Americans really understand the track we’re on with Obamacare,” Ms. Turner stressed.

Ms. Turner also discussed the implications of excessive bureaucracy on government-run services. “Bureaucrats work to protect their jobs,” she observed, “and the system that employs them becomes the central system.” Referencing the current issues being exposed in the Veterans Administration arena as prime examples of this, she cited the importance of examining bureaucratic inefficiencies because that is in effect the path that the country is on with Obamacare and Medicaid and, if many of the Affordable Care Act mandates are not reversed by Congress, Medicare as well.

The June 9 & 10 Health Care Symposium was part of the AMAC Foundation’s goal of helping to protect and ensure the financial security, health, and social lives of current and future mature Americans through information, education, and research on Social Security, Medicare, and related health care issues. Ms. Turner’s address at the Symposium was titled “Fresh Ideas and a New Vision for Health Reform,” and  is available on-demand and in its entirety through the AMAC Network, a service of the Association of Mature American Citizens. Click here to view these archived presentations.