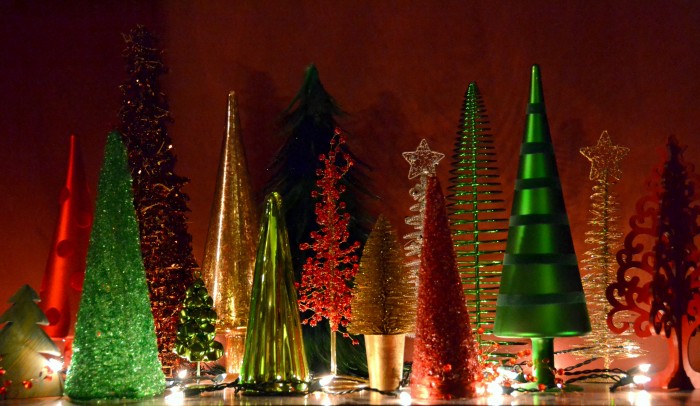 On behalf of the AMAC Foundation and it’s constituency, the Social Security Report’s editorial staff extends to all of its readers a sincere wish for peace, comfort, and joy during this Holiday Season. And in keeping with the spirit of Christmas, we’d like to share a few items of general interest about this wonderful time of the year.

First, check out this post from AMAC’s website celebrating the coincidence of Christmas Eve and the start of Hanukah. The article stresses the importance of sharing the spirit of the season with those needing companionship at this time in their lives, and explores the immense value of simple gestures.

Then, reflect on this article from a prior AMAC Magazine… It’s a retrospective on many of the more secular aspects  of the Christmas Season:

December 25 is celebrated as Christmas around the world, and to just about everybody this is a day like no other.

In fact, the entire Christmas season instills in many people a sense of peace and harmony that culminates in the ritual of Christmas Eve and Christmas Day joy and general good cheer. There’s no question that Christmas is the biggest holiday of the year, having both religious and traditional meaning to many people.

While the traditional observations of the Christmas season tend to vary from family to family and culture to culture, and while the spiritual interpretations are pretty much prescribed by whatever religious order a person follows, it’s interesting that the secular facts related to Christmas often fade into the background during its annual observance.

Some thoughts about Christ and Christmas

Let’s take a look at some of these historical facts about Christmas and its origin, and about the man on whom the whole notion of the season is focused. The broadest question, perhaps, is “Was Jesus an actual person?” and while most contemporary scholars and biblical researchers have concluded that there is enough consistent documentation to support that there indeed was such a being, the accounts of his birth, his life, and his teachings present differences of opinion among historians.

Here are some intriguing essentials associated with this universally popular topic:

We can begin with the December 25th date itself, since that date is generally celebrated as the birth of Jesus Christ. As many religious historians will quickly tell you, the actual birth date of Jesus Christ is unknown. Some biblical scholars believe Jesus’ birth would have occurred during April-October, while some historical documents claim birth dates as precise as March 28. A United Church of God website entry carries this qualification on Jesus’ actual date of birth: “History shows that December 25 was popularized as the date for Christmas, not because Christ was born on that day, but because it was already popular in pagan religious celebrations as the birthday of the sun.” In any event, Pope Julius I, bishop of Rome, is generally recognized by historians as having proclaimed December 25 the official celebration date for the birthday of Christ In A.D. 350.

The Church of the Nativity in Bethlehem is one of the oldest surviving Christian churches in existence, and marks the spot – the Grotto, actually – believed to be the very place that Jesus was “wrapped in swaddling clothes.”

The actual year of Jesus’ birth is also an unknown, with most accounts placing it somewhere around 5 B.C. The “Star of Bethlehem” is cited in scripture as heralding Jesus’ arrival, and is believed by some to be a slow moving comet documented by Chinese astrologers also in 5 B.C. Other accounts suggest that a nova or supernova created by a planetary conjunction (an astronomical event in which multiple planets or objects align and appear combined to the naked eye) caused what appeared to be an extraordinarily bright body of light.

As was typical in the era of his life, Jesus did not have a surname. He did, however, carry the title “Christ,” derived from the Greek word “Christos,” meaning anointed or chosen for a special task. The correct literal structure of Jesus’ name, then, is “Jesus, the Christ” but common vernacular shortens that to Jesus Christ.

Many popular accounts of the life of Jesus describe him as a carpenter, and historians tend to agree on this as being accurate. Scripture consistently reports his having been raised in the home of a carpenter, so it’s concluded that he logically assumed that type of work at an early age.

Most religious depictions of Jesus picture him as having long hair, yet biblical accounts of the culture at that time stress that he lived in a short-haired society. Likewise, most renderings of Jesus show him as on the thin, wiry side, but the acts attributed to him in the bible (energetic work as a carpenter, feats of great strength, and so on) suggest a more robust physique.

The Historical Influence of Christ

Jesus is often referred to as “the center of history.” For example, H. G. Wells, author of “A Short History of the World,” is credited with the quote, “Jesus Christ is easily the most dominant figure in all history.” That, coupled with the recognition that Christmas is one of the two most universally-celebrated holidays in the world (New Years’ Day tops the list), make this a fascinating topic for researchers and laymen alike.

But perhaps the most telling assessment of the influence that Jesus Christ has had on the world can be found in the often-quoted words of Rev. Dr. James Allen Francis (1864-1928): “I am far within the mark when I say that all the armies that ever marched, and all the navies that were ever built, and all the parliaments that ever sat and all the kings that ever reigned, put together, have not affected the life of man upon the earth as powerfully as has this one solitary life.”

British historian and author J. M. Roberts (1928 –2003) penned a similar quote in the BBC TV series, The Triumph of the West, asserting “We could none of us today be what we are if a handful of Jews nearly two thousand years ago had not believed that they had known a great teacher, seen him crucified, dead, and buried, and then rise again.” Indeed, throughout the literary world, there are scores of correlations between Christianity and society as it has evolved through the past two centuries, with references to the concepts of private property, free enterprise, science, the American Constitution, and the arts. In fact, the very premise of individualism and human equality are consistently attributed to Christianity and the documented teachings of Jesus Christ. ★

(This article originally appeared in the December, 2014 Edition of the AMAC Magazine (Volume 8, Issue 4)