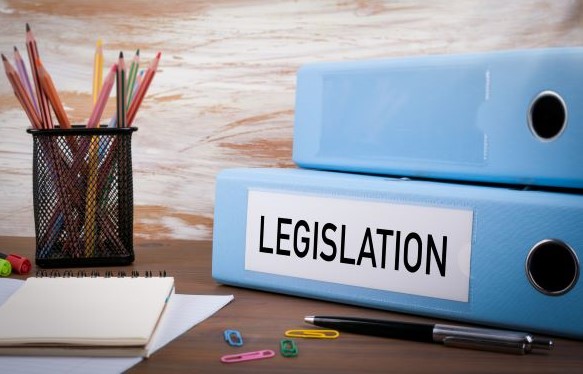 As H.R. 82–the Social Security Fairness Act of 2021–winds its way through Congress, the general question of whether or not the Social Security Windfall Elimination Provision (WEP) and Government Pension Offset (GPO) sections of the Social Security statutes should be eliminated or at least modified continues to be a subject for intense discussion in many quarters. In one of the latest news releases focused on the debate, financial advisor Jim Blankenship writing for MarketWatch.com steps into the fray with a careful explanation of these two statute segments, and discusses a bit of the history associated with legislative attempts to settle the argument. Read his post here, and keep in mind his disclaimer at the beginning of the post: “Please understand that I am not defending WEP and/or GPO; I am simply explaining how they work and why they were implemented in the first place. I believe that some implementation of WEP and/or GPO is appropriate, but also that the application of these provisions could use some adjustment to be more fairly applied.“

AMAC and the AMAC Foundation have extensively researched the issues of WEP and GPO and the continuing calls for reform of the statutes. Relative specifically to WEP, which affects roughly 3% of the beneficiary population, we note that in Social Security’s early years, Federal,[1] State and Local Government (SLG) agency employers (thus their employees) could choose not to participate in nor contribute to the Federal Social Security program. Federal and SLG agency employers so choosing provided enhanced pension benefits for employees which, in effect, offset the loss of future Social Security benefits resulting from not contributing to Social Security. But many SLG employees also worked in other jobs contributing to Social Security over their lifetime, thus entitling them to both Social Security benefits and an enhanced Federal or SLG pension. This was viewed as “double-dipping” because the SS benefit formula is weighted to provide a higher percentage of pre-retirement income replacement to lower-income workers. Those with a “non-covered” SLG pension artificially appeared (to the Social Security benefit formula) as being lower-income workers, giving them an unfair advantage over others without a non-covered pension. This unfair advantage was viewed as a loophole, resulting in WEP being enacted in 1983 as one of many cost-saving elements in broader legislation which restored Social Security to solvency for decades.

The procedure to offset and reduce Social Security benefits for those with a non-covered pension was controversial even before WEP was enacted. One school of thought was that the WEP-PIA should be computed by using both covered and non-covered earnings, and then have the PIA reduced by the ratio of covered to non-covered earnings. This was known as the proportional formula. Other proposals favored a modified benefit formula that would change the first replacement percentage in the normal benefit formula for workers with a non-covered pension (i.e., change the percentage used for the first bend point). Ultimately, a comprise was reached which gave us the formula which still exists today – the 90% factor in the first bend point is reduced according to the number of years of substantial Social Security-covered earnings the person has, maximum reduction to 40%.

Needless to say, WEP has been unpopular since enacted in 1983. Over the years, many bills have been submitted in Congress to either eliminate WEP entirely or change (reform) the way the WEP-PIA is computed to make it less punitive. All recent reform bills offered a variation of the proportional formula, but those proposals result in sometimes worse WEP cuts than the current formula. In that case the reform bills propose a remedy by supplementing some WEP Social Security benefits from the General Treasury.

No doubt, the debate will rage on until a position is taken legislatively regarding these two portions of the Social Security statutes, although depending on the resolution, an entirely new set of arguments could develop.

The link provided above connects readers to the full content of the posted article. The URL (internet address) for this link is valid on the posted date; socialsecurityreport.org cannot guarantee the duration of the link’s validity. Also, the opinions expressed in these postings are the viewpoints of the original source and are not explicitly endorsed by AMAC, Inc.; the AMAC Foundation, Inc.; or socialsecurityreport.org.