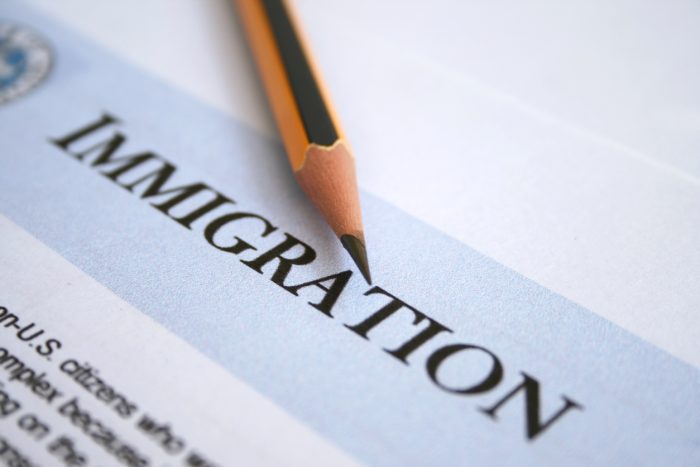 In 1936, one year after President Franklin D. Roosevelt signed the Social Security Act of 1935 into law, he commemorated the Statue of Liberty’s 50th Anniversary with a speech honoring the icon’s role in shaping America’s past. He spoke of immigrants and their view of the Statue as a welcoming beacon of freedom in a world “safer, richer, more far-reaching, more capable of growth.” And with this as a stimulus, they came. By 2019, the percentage of the American population categorized as foreign-born had reached nearly 14%.

Statistically, immigrant households have become a major force in our country’s economy, contributing nearly one-half trillion dollars in total tax revenue in 2019. Their influence in the world of business has also had a pronounced impact on job creation, with well over three million immigrants credited with founding businesses that employ many millions of workers. And with an annual spending power of about $1.3 trillion dollars, their economic power is anything but trivial.

Despite these positives, the word “immigration” often takes on a negative connotation when the problems facing our Social Security system are discussed. Who hasn’t heard the social media complaints about immigrants being a cause of the solvency woes plaguing the program? Unfortunately, the purveyors of these complaints often paint the entire immigration issue with the same brush, choosing to not separate legal immigrants from those politically defined as “undocumented” or, in reality, illegal immigrants. So, let’s take a look at these two immigrant categories and their effect on Social Security’s finances.

Immigrants falling into this category are typically defined as someone foreign-born and not having a legal right to be in, or remain in, the United States. When allegations of this group’s contribution to Social Security’s deteriorating financial condition are hurled about, the term “illegal” is stressed and results in a heightened emotional and argumentative context.

With respect to the actual size of this demographic grouping, arriving at an accurate number is a virtual impossibility since by their very nature they tend to be “under the radar.” In 2019, though, a Brookings Institute study pegged this number between 10.5 million and 12 million, although a present-day estimate would likely be higher.

The key point here is the allegation that illegal immigrant workers do not pay taxes—specifically Social Security payroll taxes—and yet are eligible for benefits from Social Security. What makes this allegation wrong on both counts is first, the reality that many illegal workers are assessed payroll taxes as a condition of employment, even though the employment may have been obtained fraudulently. In fact, the Social Security Administration reported, via a study about a decade ago, that the program’s trust funds benefitted to the tune of about $12 billion in a single year as a result of illegal workers using fraudulent credentials.

As noted earlier, immigration has had a substantial impact on the overall U.S. economy, and this impact is felt even more significantly in the funding for Social Security. Without the influx of migrants legally joining the U.S. workforce, Social Security’s predicament would be much worse than it already is. In terms of age distribution, roughly 79% of immigrants are in the 16 to 64 range—the prime ages for being active in the country’s workforce—compared to 61.5% of those born in the U.S.

One of the main demographic factors causing Social Security’s solvency dilemma is the steadily dropping worker-to-beneficiary ratio, now standing at 2.7 to 1 and projected by some to reach 2 to 1 by the end of this decade. Without the workforce additions afforded by immigration, this ratio would deteriorate farther and faster than even the program’s trustees project in their annual reports to Congress.

In fact, the intermediate (most likely) modeling done by the Social Security trustees assumes an annual net immigration level of about 1.3 million people over the planning horizon, while some projections suggest that this level could fall below 1 million. A drop-off of that magnitude would add substantially to the program’s funding long-term unfunded liability predicament.

The Bottom Line on Immigration

To say that Social Security has long-term financing problems would be a severe understatement. But to say that immigration is a contributor to those problems would be not only wrong, but would discredit the positive impact that migrant employment is already having on the program. While lawmakers focus on tactical changes needed to sustain Social Security for future generations, it becomes more and more important to recognize the degree to which the program relies on net legal immigration to bolster our country’s flagging workforce participation rate—the key tax-paying component of the equation in financing Social Security’s operations.