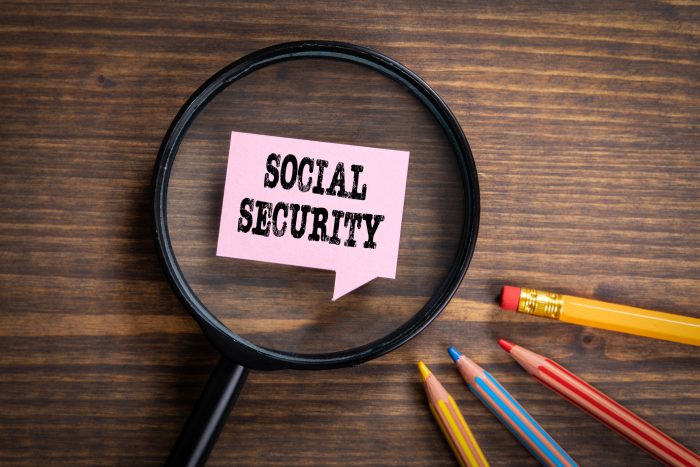 The most recent edition of the Schroders 2022 U.S. Retirement Survey, released today, calls attention to a somewhat glaring contradiction in viewpoints about Social Security retirement benefits. In a post today on pionline.com, Pensions & Investments reporter Margarida Correia notes that despite the knowledge that deferring Social Security benefits to age 70 maximizes the monthly payment, few actually do that (read her post here). The contradiction surfaces in the finding that those aging into prime retirement years (ages 60 to 65) harbor a fear of facing a cash flow situation absent a regular paycheck. Further, the survey commentary reveals that “…more than half of American pre-retirees (55%) didn’t believe they’d be able to replace 75% of their last paycheck.” With concerns like these on the minds of future retirees, it would seem that ensuring the highest available monthly benefit would be top of mind.

The reason most often given for filing for benefits early is a simple need for cash, although another concern frequently expressed to the AMAC Foundation Social Security Advisory staff is the myth that the program is facing bankruptcy about a decade from now, a concern that drives many to “get the money while it’s there.” While it is clear that Social Security beneficiaries face the potential of a substantial reduction in monthly payments when the program’s reserves are fully depleted, there is optimism that Congress will rally to take action in time to head off such a severe situation. We’ll see, but in the meantime, the mythical bankruptcy should not be a reason to elect early retirement–and a reduced monthly benefit. As Ms. Correia points out, nearly half of the Schroders survey respondents “…said they would claim their monthly benefit before hitting their full retirement age”–a decision many come to regret later in life.

In her article, Ms. Correia comments on the importance of planning an income strategy for retirement, and it’s clear that Social Security can play a key role in this planning. And it’s not just for retirement benefit planning, since spousal and survivor benefits play an equally critical role in financial planning for one’s retirement years. Anyone having questions about their personal situation with respect to Social Security planning is encouraged to contact the AMAC Foundation’s Advisory Service for free assistance.

The first link provided above connects readers to the full content of the posted article. The URL (internet address) for this link is valid on the posted date; socialsecurityreport.org cannot guarantee the duration of the link’s validity. Also, the opinions expressed in these postings are the viewpoints of the original source and are not explicitly endorsed by AMAC, Inc.; the AMAC Foundation, Inc.; or socialsecurityreport.org.