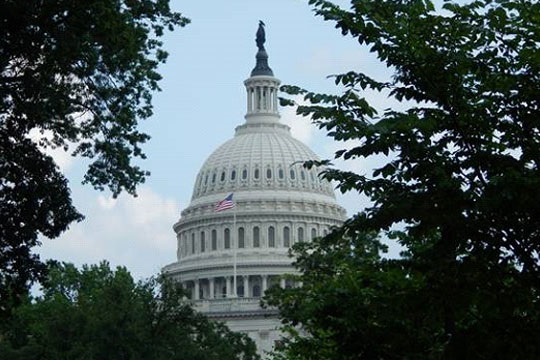 It’s called the Windfall Elimination Provision (WEP), a little known and even less well understood Social Security provision.  WEP reduces Social Security benefits for those that have had careers in the private sector, meeting the ten years or forty quarter requirement, but also were employed in certain public sector jobs that did not require paying into Social Security.  Enacted in 1983, the goal was noble enough, to be sure that those with minimal work in the Social Security system do not get a “windfall”, or higher benefits because they appear to be low wage workers with so little earning in their lifetime when in fact folks had fairly lucrative employment with excellent but separate retirement benefits.

WEP has never been popular, and bills to repeal it have been introduced in every congressional session since it was enacted.  Co-sponsors often exceed the 218 vote threshold needed for House passage.  So, why the hold up?  As I’ve written about and explained in my political communications with our members at the Association of Mature American Citizens (AMAC), the “dirty little secret” is that members of Congress often only want to appear that they are doing something, as any repeal of WEP will cost the Social Security Trust Fund revenue at a time when it will run a deficit every year from 2020-2035 until insolvency is reached and across the board cuts of over 20 percent will kick in for all.

This week, Rep. Kevin Brady (R-TX), the top Republican on the House Ways and Means Committee, introduced H.R. 3934, the “Equal Treatment of Public Servants Act of 2019.”  Brady’s press release stated, “This legislation permanently repeals WEP and transitions to a fair formula that treats our teachers, firefighters, and police officers just like everyone else.”  He added in a statement, ” Now is the time for Congress to put forth a solution that can actually be signed by the President…. Democrats agree that this is a problem we must address now, and we hope they join us in fixing this long-standing problem this year.  While I am introducing a bill today, I am committed to staying at the table to get a bill to the President’s desk.”

AMAC has favored WEP repeal in the past but prefers a recalculation of the formula to make it less “penalizing” (or less onerous) in its implementation coupled with a more comprehensive reform of the entire Social Security system to ensure its longevity for successive generations.  AMAC believes Social Security must be preserved and modernized.  This can be achieved by making modest changes in cost of living adjustments and the retirement age, with no additional taxes on workers.  AMAC advocates for a bipartisan compromise, “The Social Security Guarantee Act,” taking selected portions of bills introduced by former Rep. Johnson (R-TX) and current Rep. Larson (D-CT) and merging them with the Association’s own well researched ideas.  One component is Social Security PLUS, a new, voluntary plan that would allow all earners to have more income available at retirement.  This component is intended to appeal especially to younger workers.  AMAC is resolute in its mission that Social Security be preserved and modernized and has gotten the attention of lawmakers in DC, meeting with a great many congressional offices and their staffs over the past several years.  Read AMAC’s plan here.

Jeff Szymanski works in political communications for the Association of Mature American Citizens (AMAC), a senior benefits organization with over 2 million members.