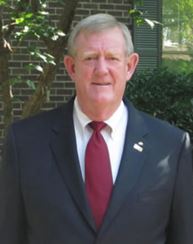 Lt. Gen. (U.S. Marine Corp. Ret.) Jack Klimp’s presentation at last month’s AMAC National Health Care Symposium in Washington stressed that the Department of Defense must keep its promise of providing quality health care for life for retiring armed services personnel.  General Klimp was one of 12 speakers participating in the Symposium’s exploration of major health care issues, with a goal of developing well-researched actions that need to be taken for achieving what is best for the health care industry and all Americans.

Gen. Klimp, President of the National Association for Uniformed Services (NAUS), noted that NAUS represents all ranks and grades in all divisions of the military service in protecting the earned benefits of service personnel. As part of this mission, he reported that NAUS has examined the under-execution and budget re-programming of Veterans’ health care and the negative impact this has had on today’s all volunteer force, and identified the pressing need to investigate how money is spent and how the efficiency of services is measured. Moreover, he pointed out, there is a need to “consolidate redundant, counterproductive health systems.”

In addressing areas like fraudulent Medicare and Medicaid billing, VA problems and claims backlog, and reduction in military budgets by Congress, Gen. Klimp observed, “The military budget is a cash cow for Congress.” He went on to point out that the bureaucracy should be dismantled, and that accountability must be escalated to ensure that veterans can obtain care when needed. He also advocated pursuit of a permanent fix of Medicare Physicians’ reimbursements to keep qualified doctors in the system.

Part of Gen. Klimp’s message focused on Veterans’ need to be assured they can go to hospitals when and where required. Likewise, there is a need to more adequately address the requirements of today’s returning veterans, who represent new and prolonged health care needs (like Traumatic Brain Injury, Post Traumatic Syndrome, and Degenerative Brain Disease). “Post Traumatic Syndrome will be under treatment for the next 30-40 years,” General Klimp noted; he also observed that roughly 250,000 veterans suffer from Degenerative Brain Disease and are facing regulatory barriers to timely investigation and treatment. The appeals process, he added, is another area where improvement is critical, with currently up to two-and-a-half years required to get through the Board of Appeals of Veteran Claims.

Gen. Klimp reported that the VA is still trying to resolve issues dealing with Agent Orange from the Vietnam War, health effects from the Gulf War Syndrome related to Desert Shield, Desert Storm, and Afghanistan, and even the disease from contaminated water at Camp Lejeune…a problem that has been known for over 20 years.

In summarizing his remarks, Gen. Klimp suggested that there are changes and improvements that need to be made to aid the returning veterans. Among these are additional satellite clinics around the U.S. designed to be more responsive and reduce the backlog of claims, as well as expansion of joint partnerships between the DOD and civilian organizations, as has been done in Colorado, Texas, New Jersey, Pennsylvania, Montana, and Wyoming, to name a few. These joint partnerships, he suggested, would not only provide more expertise and immediate response to known health conditions, but would facilitate continued research into causes of, and treatment for, emerging diseases like Degenerative Brain Disease and Antibiotic-Resistant infections.

In closing, General Klimp stressed, “They served and they sacrificed. Now it’s up to the U.S. to live up to its promise.”

The June 9 & 10 Health Care Symposium was part of the AMAC Foundation’s goal of helping to protect and ensure the financial security, health, and social lives of current and future mature Americans through information, education, and research on Social Security, Medicare, and related health care issues. Gen. Klimp’s address at the Symposium was titled “NAUS’ Priorities for Health Care,” and is available on-demand and in its entirety through the AMAC Network, a service of the Association of Mature American Citizens. Click here to view these archived presentations.