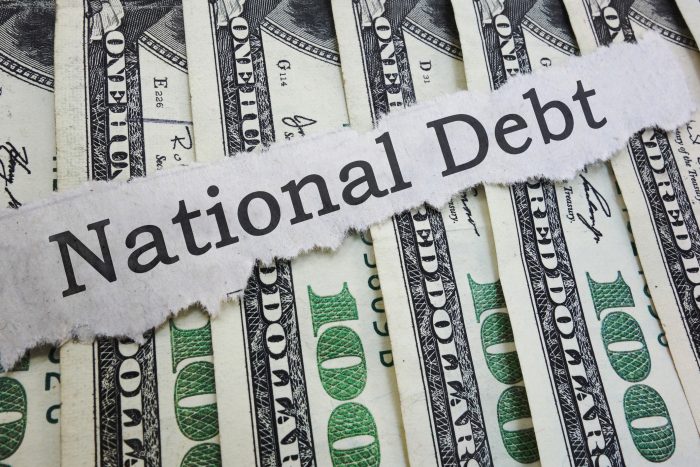 It’s all over the news these days – the government’s self-mandated “debt ceiling” has been reached, portending dire consequences unless Congress acts to raise it. In a nutshell, reaching the debt ceiling means that the government cannot borrow money to pay for 100% of the services it provides and, since the government now pays out more than it receives in revenue, that means a cut in services unless the debt ceiling is increased. Many in Washington and elsewhere fear that a “cut in services” could mean reducing Social Security and Medicare payments, an understandable concern since these two programs represent a major portion of the government’s operating expense, yet are crucial to the wellbeing of a large segment of our population. So what we are witnessing now is a chess game, with one side seeking a simple solution – just raise the debt ceiling and continue spending as we are – while other side says yes, we should raise the debt ceiling but we should include corresponding reductions in our deficit spending. Social Security and Medicare have become pawns in this political chess game.

The probability of cuts now to either Social Security or Medicare monthly payments is likely quite small because it’s doubtful the government will actually default on paying 100% of its obligations. That would damage the “full faith and credit” mantra which enables the government to borrow freely. The good news in all of this is that it shines a spotlight on both the Social Security and the Medicare programs and the need to reform them both to restore their fiscal solvency. Unless that happens soon, both programs will be forced to restrict benefit payments because their respective cash reserves will have been depleted.

In this CNBC article, Lori Konish reports that West Virginia Senator Joe Manchin says the “easiest and quickest” way to avoid potential cuts to Social Security is to simply raise the payroll tax cap (which is now $160,200) to obtain the additional money now needed to pay full benefits. Problem is, that doesn’t fully fix the fundamental issues which impact Social Security’s solvency in the first place (increased life expectancy of beneficiaries and deceased ratio of contributors to recipients). In the end, broader reform of Social Security is needed, a position held by those on the other side of the aisle from Sen. Manchin and a position also espoused by the Association of Mature American Citizens (AMAC). So while the negotiations over the debt ceiling are fodder for political hyperbole, the spotlight on the need for Social Security (and Medicare) reform is a welcome thing. Click here to read the CNBC article about Senator Manchin’s “quick and easy” solution.