The Social Security Dilemma: The Time for Attention is NOW! - AMAC Action 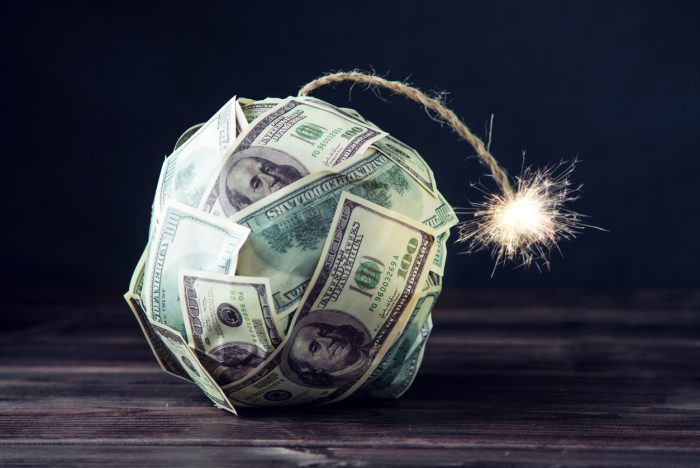 It has been called a problem that is not self-correcting, it has been called the pathway to insolvency, and it has been called a Draconian disservice to future beneficiaries. No matter how it is characterized, the fact that Social Security is in the throes of progressively exhausting its financial reserves looms as a major issue for current and future retirees.

In brief, the problem is that Social Security, beginning in 2021, is seeing total cost exceed total income (including interest and payroll tax) for the first time since 1982. Consequently, the program is forced to dip into its cash reserves to continue promised benefits to current beneficiaries. This is not a sustainable situation, even though the program had accumulated nearly $3 trillion in its Trust Fund reserves—a reserve that had been steadily growing in past decades.

This is not a surprise. Since before the turn of the century, the annual Social Security Board of Trustees reports have repeatedly advised Congress of the need to address the program’s long-range deficit “in a timely way,” stressing the importance of dealing with the problem well before any necessary changes would take effect so that workers could adjust retirement plans to account for those changes.

Now, looking ahead, we note that the most recent Trustees Report warns promised benefits can only be expected through 2033—a mere 11 years away. And if that is not bad enough, consider the second part of this projection—that absent corrective actions, beneficiaries will see their monthly payments cut by 22%. That is not all…the economic upheaval created by the COVID-19 pandemic is still being assessed relative to its impact on the American taxpaying workforce, and sources like the Congressional Budget Office have gone on record with projections moving the 2033 date even closer. At that point, Social Security will be “insolvent,” a condition technically defined as being unable “to pay the full scheduled benefits in the law on a timely basis.” In other words, the fund will go to a “cash basis” – what comes in goes out, resulting in an estimated across-the board 22% cut in benefit payments.

How Did We Get to This Point?

Social Security’s long-term funding issue has been a known problem for many, many years, and will not go away on its own. Its root causes can be found in a series of demographic factors.

First, life expectancy has risen dramatically—more than 25%–since the program’s launch in 1935, resulting in retirees drawing benefits for a much longer period than originally planned. This aging of America’s population is a major factor in the long-term Social Security solvency dilemma, intensified over the past decade by the “baby boomers” and their exit from the workforce into retirement. The population cohort is large—76 million—and will result in roughly a doubling of America’s over-age-65 population by 2031, when the last members of this generational segment reach retirement age. And, statistically, an estimated three-quarters of these retiring “boomers” will begin drawing benefits at the earliest eligible age…62, with many of them removing themselves from the taxpaying workforce. This is anticipated to create additional pressure on Social Security’s cash flow.

Conversely, the taxpayer-to-beneficiary ratio has dropped even more dramatically, skidding from 42:1 in 1945 to less than 3:1 today, with projections calling for a continued decline in the years ahead. In fact, the CDC reports that the 2020 U.S. birthrate fell by 4% from 2019, marking the sixth consecutive year of declining births and presaging the expected taxpayer-to-beneficiary ratio decline. The effect of this, of course, is that the payment of Social Security benefits rests on fewer and fewer taxpayers, resulting in the program’s current and continuing deficit situation.

Who is Affected by the Looming Problem?

Virtually everybody relying on Social Security to fund a portion of their retirement years is in the crosshairs of the solvency problem. In fact, anyone who has factored anticipated Social Security benefits into their retirement funding plans would need to compensate for the forecasted benefit reduction. With about a third of retirees receiving 90% or more of their income from Social Security, a benefit reduction of this magnitude would create a serious financial hole that children and grandchildren would be called upon to fill.

To put a real-world perspective on the solvency crisis, here is a hypothetical dollar-and-cents scenario that describes what could be ahead:

It is January 26, 2033, and “Linda” has her morning coffee and is getting set to pay her monthly bills, just like she does every month. At 80 years of age, she does not focus a whole lot on the financial news, so any January 1st cost-of-living adjustments just meant to her that she would have a little more left in her account after the bills were paid. She is not wealthy, but her monthly Social Security deposit has been just enough to make ends meet. She was shocked when she saw her expected Social Security payment of $2,200 had been cut to $1,716! $500 had been ripped out of her already tight budget, giving her a sinking feeling as she looked at the pile of bills awaiting payment. “I’m already pinching pennies,” she thought in a panic, “How am I going to survive?”

It is safe to say that the solvency crisis would have a universal impact on many seniors and their families.

So, What’s To be Done About the Problem?

Popular rhetoric holds that the road ahead for Social Security will necessarily involve balancing the long-term financial picture either by increasing program revenue (tax increases), by incorporating formula-based adjustments limiting the benefit payouts allocated to higher earners, or a combination of both. In fact, legislation pending in the form of the “Social Security 2100 Act” (H.R. 5723/S. 3071) both encompass these ideas for reforming Social Security.

Conversely, AMAC believes Social Security can be preserved and modernized via an approach that calls for no tax increases, ensures the targeting of benefits where needed the most, and provides an avenue for all workers to accumulate financial reserves for retirement. AMAC advocates for a bipartisan compromise, “The Social Security Guarantee Act,” taking selected portions of bills introduced by the late Rep. Sam Johnson (R-TX) and current Rep. John Larson (D-CT) and merging them with the Association’s own research. One component is Social Security PLUS, a voluntary plan to allow all earners to have more income at retirement. This component is intended to appeal especially to younger workers as a pathway to a comfortable retirement. Learn more about AMAC’s proposal at AMAC.us/Social-Security.

AMAC is resolute in its mission that Social Security be brought into the 21st century and has gotten the attention of lawmakers, meeting with many congressional offices and staff over the past several years. Using the “The Social Security Guarantee Act” as a base, our researchers are actively developing bold, out-of-the-box approaches to achieving what is vital to our Seniors—a sustainable future for their retirement lives.